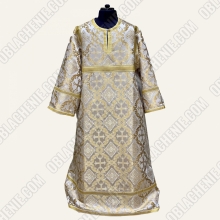 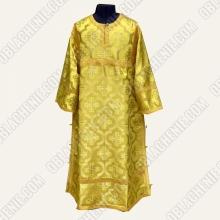 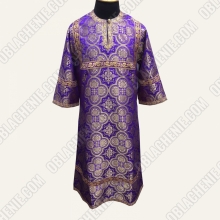 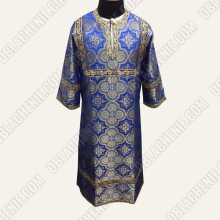 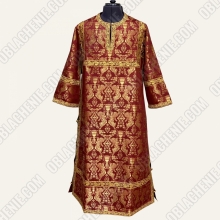 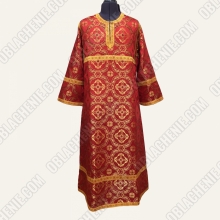 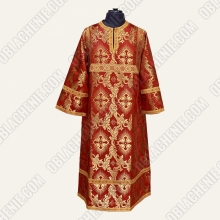 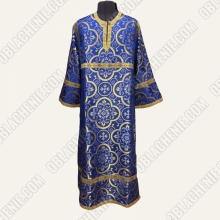 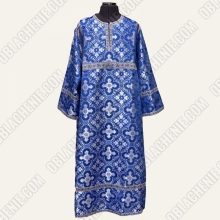 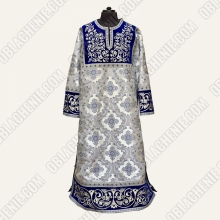 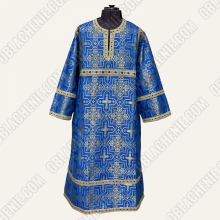 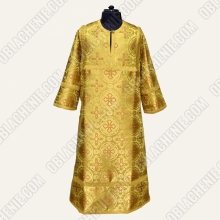 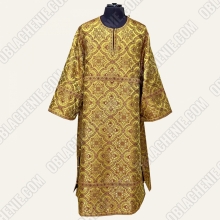 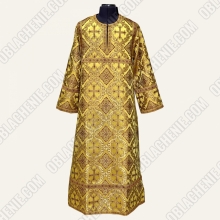 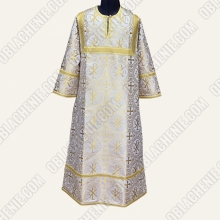 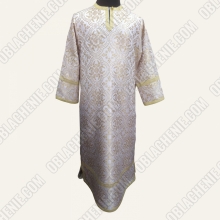 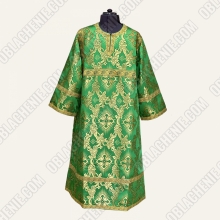 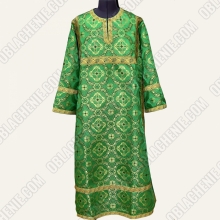 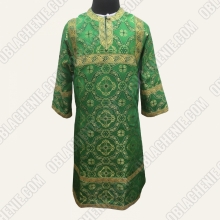 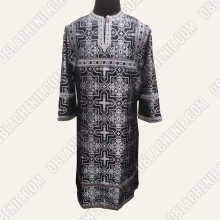 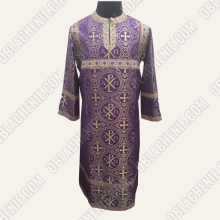 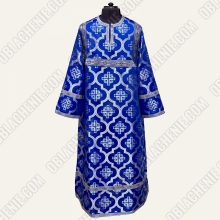 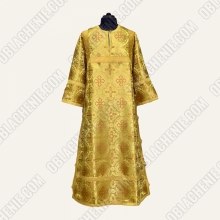 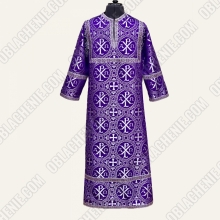 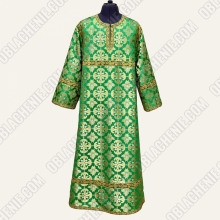 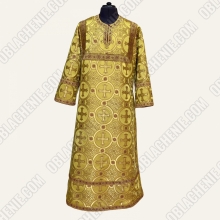 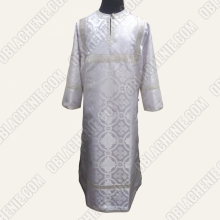 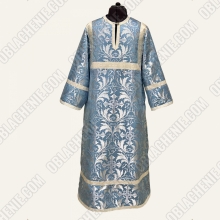 Altar server robe - the vestment of priests and clergymen: deacons, protodeacons, acolytes. It is a long garment, almost to the floor, with sleeves and hem. In Orthodox tradition, it is framed by a lace, a small cut in front of the neck downwards, and an embroidered cross at the back.

The stiharion is used as clothing for worship services by various religious denominations, including the Christian Church. Vestments differ in cut and rich finish, and are wearing differently.

The stiharion worn by the priest's helpers is also long, but less spacious. The attire is characterized by wide sleeves and cuts on the sides - from the armpits to the bottom. The edges of the piece refrain from being scattered with buttons. As the clothes for servants are worn on top of the wearer, it is generously decorated on the chest in the form of crosses, embroidery or contrasting inset.

The stiharion is the first divine service garment worn by clergy. Unlike all other vestments, the altar server cassock can be worn by persons who do not have a sacred ministry - sacristans, readers, and sub-deacons. The right to wear a special robe is given either at the consecration of the reader, or, as is customary in the modern tradition of the Orthodox Church, with the blessing of the main bishop.

Like the minister's garment, the altar server cassock has a hidden meaning. The side incisions are reminiscent of the wounds of Christ inflicted by the Roman soldiers, and the patterns are the brooks of blood spilled by them during their crucifixion.

A stiharion is perhaps the oldest liturgical vestment of clergy: such sacred vestments in the Old Testament Church were called chiton. In ancient times, it was exclusively white, which symbolized the spiritual purity of the one wearing it. In modern use there are different colors: white, yellow, red, blue, blue, green, purple, black, as well as other vestments, the color of the celebrated event. Yellow is almost the most commonly used color. White is used on the Feast of the Lord, blue - on the Feast of the Mother of God; red vestments are worn on the Feast of Easter, black - on Lent, green - on the Trinity, purple - on the Exaltation of the Cross.