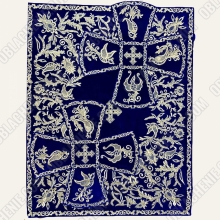 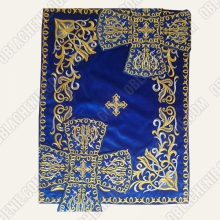 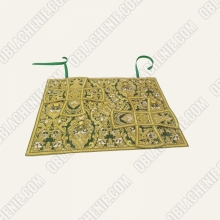 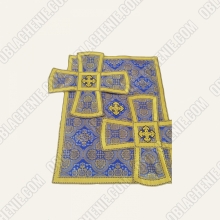 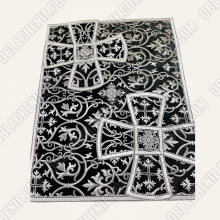 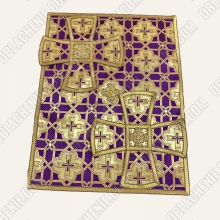 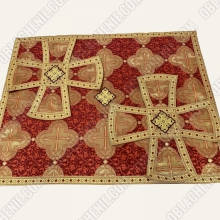 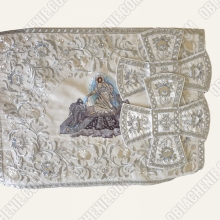 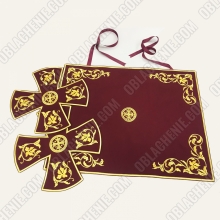 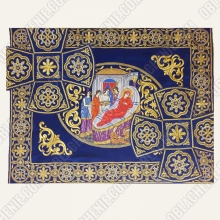 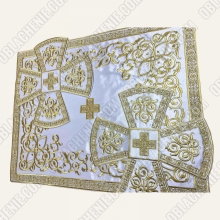 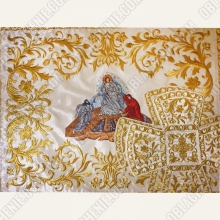 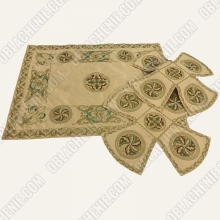 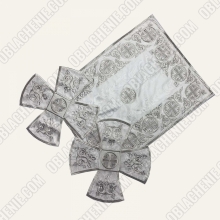 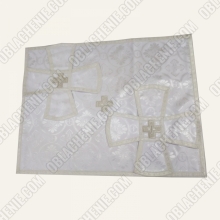 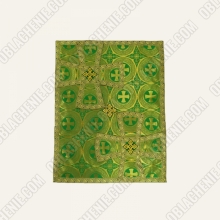 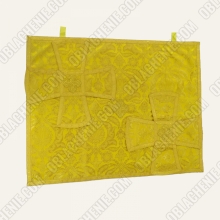 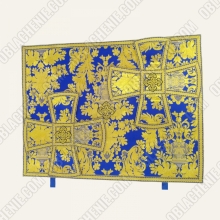 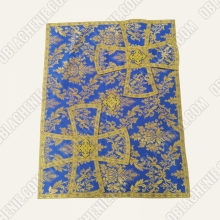 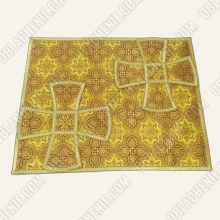 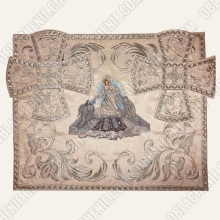 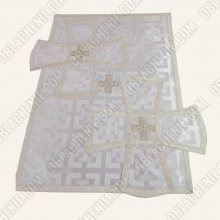 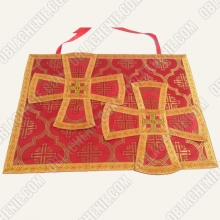 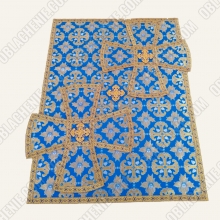 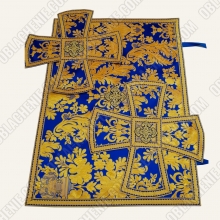 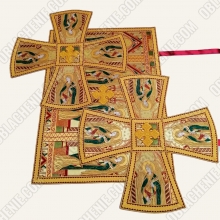 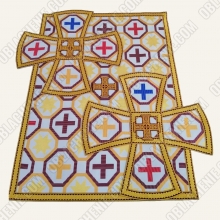 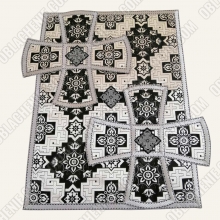 Cover sets - church utensils of the Byzantine rite, cloth boards, which cover the chalice and disco with a star placed on it during the liturgy. Two patrons and air make up the liturgical set.

The patrons are made in the form of crosses, their dense, unbending middle covers the bowls from above and their ends, like petals, gently fall down, thus covering the vessels from four sides.

The air (large cover) is made of soft, rectangular shape and it is covered with chalice and discos on top of the covers, standing next to each other.

Depending on the specific church liturgical sets of air and coverings, different materials can be used: embroidery fabric, jacquard, gabardine and so on. Machine embroidery metalonite and not only. Each set includes embroidered sets of patches and air, made in the same style.

The origin of these elements of temple utensils is ancient. First began to use the patrons, which protected the Holy Gifts in vessels from flies and dust, which is especially important in the hot countries of the Middle East. The air for church use was introduced later in the V century and mainly for symbolic reasons.