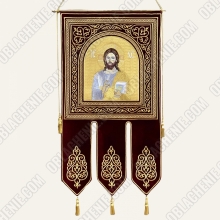 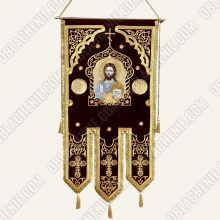 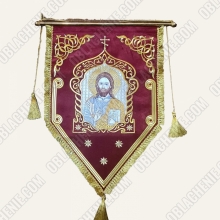 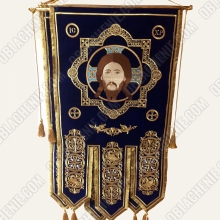 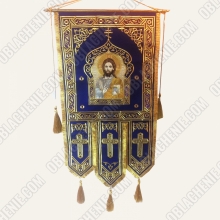 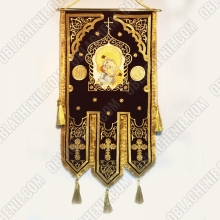 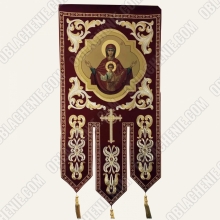 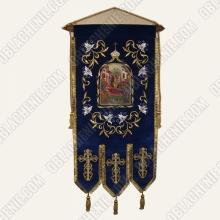 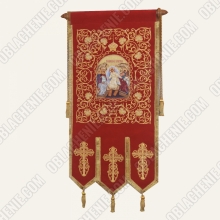 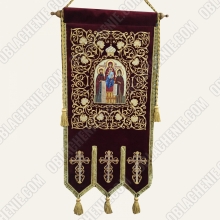 Church Orthodox Banners are a religious banner with icons of the Mother of God, Jesus Christ or saints. For the interpretation of one of the saints of the church, wine symbolizes the victory over death and sin. The greatest riddle about banners is known in the sixth century from the Frankish Bishop Gregory of Tours. At the Skhodі, the same word is guessed in the legend about the horseradish move, which Emperor Basil the Macedonian zdіysnyuvav on the turn of Syria.

The banner itself is a cross or an icon attached to a tree or a stick, decorated with fringe and tassels. Banners can also be made of metal using gold, silver, enamel. Banners, which are made of fabric, are most often sewn from velvet, brocade. Holders for them, as a rule, are made high, strong.

Most often they are used during religious processions around the temple, or passages from one church to another. In the church they are usually placed near the right and left choirs.

At once it is possible without any problems to send banners from textiles for prayer, as well as organize the sewing of banners for Orthodox churches.