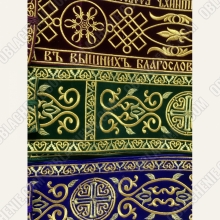 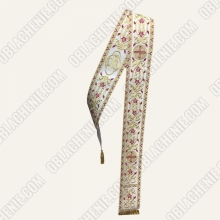 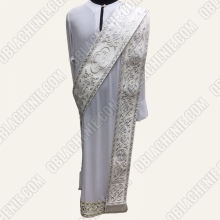 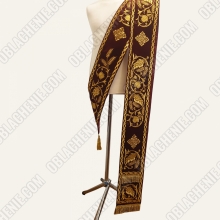 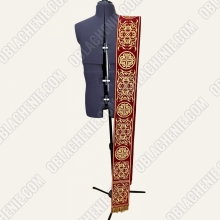 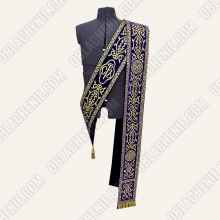 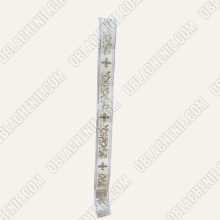 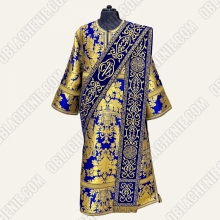 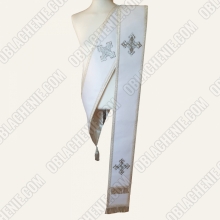 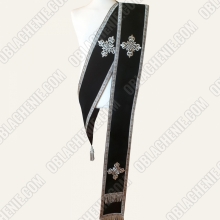 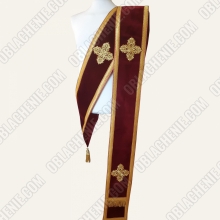 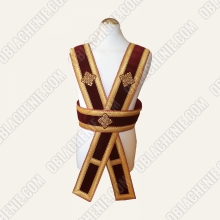 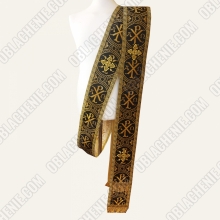 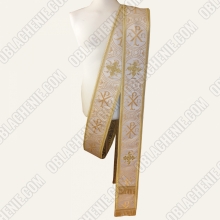 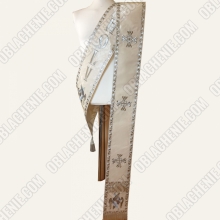 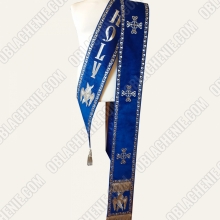 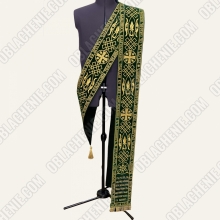 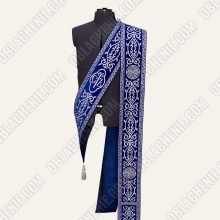 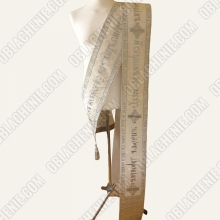 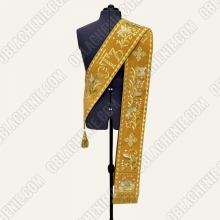 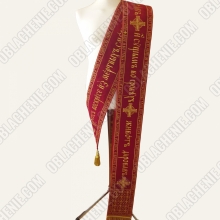 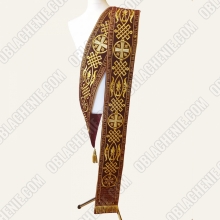 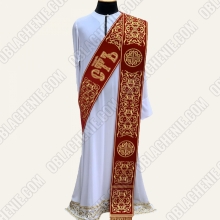 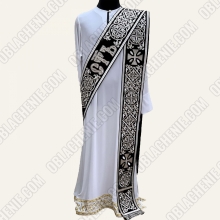 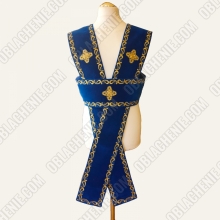 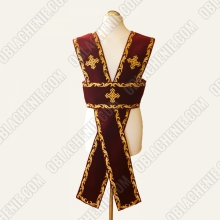 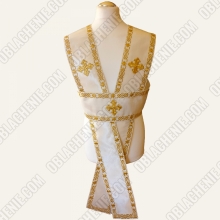 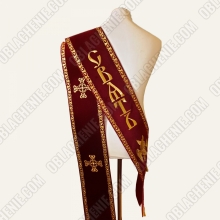 Orarion - (in various Christian confessions) the attire of the deacon and the sub-deacon is a long narrow strip of brocade or other coloured fabric.

In Orthodox Churches, the orarion is worn not only by deacons, but also by archdeacons and hierodeacons corresponding to them in the black clergy, respectively.

The first orarion wearing takes place during a rite of passage (initiation) in the subdeacon. After the other subdeacons dress the newly consecrated in the verse, they present the accessory to the bishop. The bishop blesses the orarion with a sign of the cross, then the initiate kisses him and the hand of the bishop, and the sub-deacons girdle the initiate in a crosswise fashion.

With the consecration of the sub-deacon, the other sub-deacons remove the orator with which he was previously girded, and the bishop places the orator on his left shoulder, pronouncing loudly: "Axios." (Greek "Worthy.")

The deacon and the sub-deacon in the Orthodox Church wear the orarion on top of the stiharion only after the blessing that the priest receives before the divine service. For this purpose, after the threefold sign of the cross with the bows of the Lord's Cross, the stiharion and the orarion are formed in a special way (in the deacon's vestment are also included in the handrail) and are brought to the priest with the words: "Bless, O Lord, the verse with the orarion. After the blessing in the form of a priestly sign of the cross, the garnment is put on.

The deacon in the Orthodox Church wears an orator on his left shoulder, so that one end goes down on his chest and the other on his back almost to the floor. The orarion is fastened by a noose on a button on the left shoulder of the poet, almost at the neck itself, so that the ends hang freely downwards. Like other divine vestments, orarions are available in various colors (each of them has its own symbolic meaning) and are worn according to the day of the divine service.

In the Hellenistic Orthodox Church, as well as in other Churches of Greek tradition, helping the priest to perform trumpets (prayer, baptism, funeral, etc.), the deacon may not put the orary on a stiharion, but immediately on a wagon.

The sub-deacon puts on the orator crosswise, as a sign that he does not have the blessing of a priest. The deacon puts on the orarion crosswise during the Divine Liturgy after reciting the Lord's Prayer. In doing so, the orarion is put on in such a way that his middle is at the front on his lower back, and both his ends are first placed on his back on both sides, then crossed on his back crosswise, and then over his shoulders are placed on his chest and there crossed again.

In the Russian Orthodox Church there is an unofficial practice of awarding senior or experienced altar workers with an orarion, which is worn crosswise, as at the subdeacon. However, this award has not received approval from the priestly hierarchy, and therefore is awarded implicitly by the rectors of some parishes.

Omophorion is a wide long band embroidered with crosses, the oldest clerical bishop's garment. In its symbolic meaning it is close to epitrachelion and orarion. The omophorion is worn on the shoulders, and its ends fall down in front and behind from the left shoulder far down, almost to the ankle. This liturgical garment symbolizes fallen humanity, the sins of which Christ took on his shoulders. Thus, like the Savior of the world, the bishop bears responsibility for the flock entrusted to him – all the people for whom he performs his ministry.