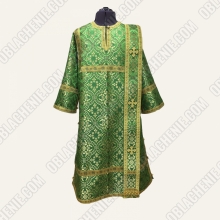 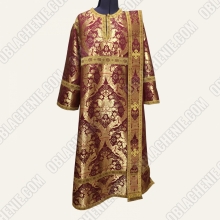 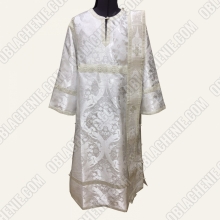 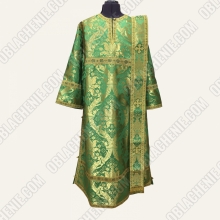 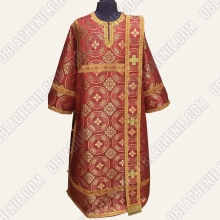 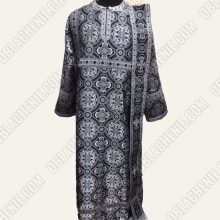 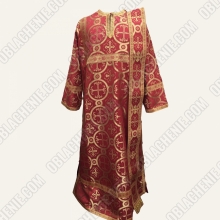 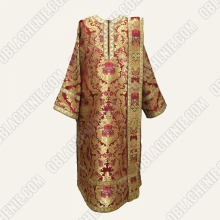 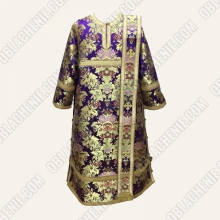 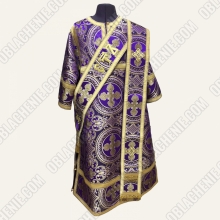 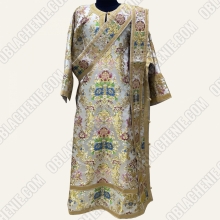 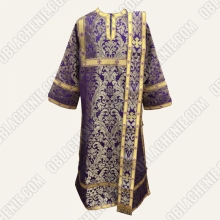 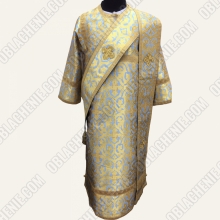 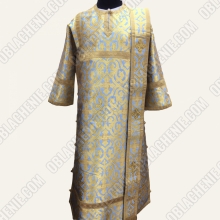 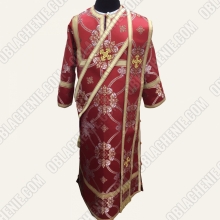 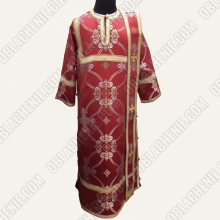 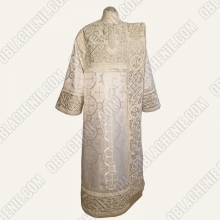 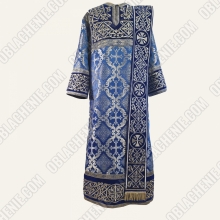 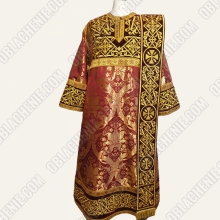 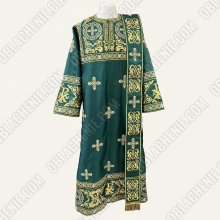 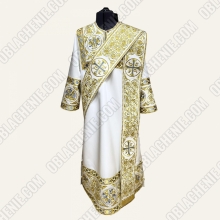 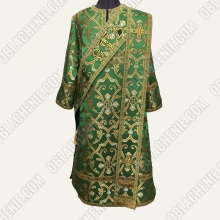 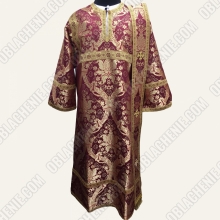 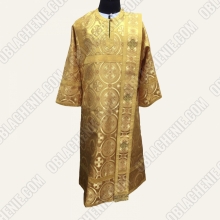 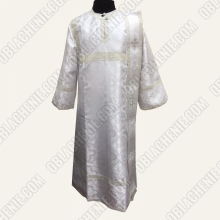 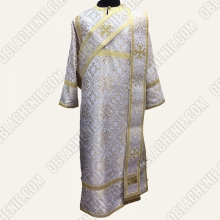 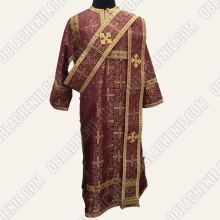 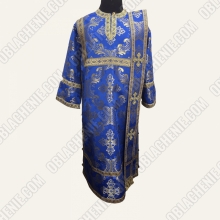 A deacon's vestment (robe) is a set of special divine service garments which the minister wears to participate in the Divine Liturgy, as well as various church sacraments and processions. Each of these vestments has its own symbolic and practical meaning.

The Deacon's rank was established by the Apostles themselves at the time of the descent of the Holy Spirit and the founding of the Christian Church. Chapter Six of the Book of Acts describes this episode and points to the reason for this decision: the need for help in social service to the poor and widows. In order not to distract the apostles from preaching, the first seven deacons were appointed for this purpose.

The appearance of a special vestment for the deacons is a result of their direct service during the liturgy and the Eucharist, which began in the 4th century. The oldest of the existing deacons' garments is a long robe to the floor with sleeves. In essence, the poem and the priestly wannabe are the same, although nowadays these garments are sewn from different materials. In ancient times, the poem was sewn exclusively in white, which symbolized the purity of life to which priests and all Christians are called. That is why they were also called "alba" - from Latin, "white clothes". Subsequently, the ministers began to appear in verse and other colors, according to the symbolic meaning of the day being celebrated.

From the 15th century, bishops, ordaining a deacon to the priesthood, bent around his neck with an orarion, in such a way that its ends evenly descended to the chest to the hem and connected to each other. Epitrachelion (stole) was the clothing of priests and bishops.

The word epitrakhil in Greek is masculine, but in Russian books it was used in feminine gender. Now, when a deacon is ordained a presbyter, the bishop no longer puts the orarion around the initiate's neck, but immediately puts the finished epitrachelion on him.

All divine liturgies a priest can perform only in the epitrachelium, which is worn over the cassock, but with full vestment over the cassock, as is always the case during the service of the liturgy and on some special occasions.

The second divine service garment of the deacon is the orarion. It is a long narrow band that is fastened to the left shoulder and is lifted up by the clergyman during a litany or any other cry in the divine service. Symbolically, the orator means the wings of angels. In the Christian divine service he passed from the Old Testament cult, where a wave with a certain towel was a sign for common singing.

The third garment of the priest, the handrail, appeared later than all others and was borrowed from a military suit of the time, in order to fix the underwear under the verse.

Who and when should wear

Deacon vestments were always less widely used in the Church for one simple reason: the number of clerics was always several times smaller than the number of elders. In general, this is due to the divine functions of the deacon to minister during the Eucharist, to perform penances and read the Litany. Also in most cases, the minister degree for the ministers was, and still is, only an intermediate stage in the further acceptance of the second degree of the holy ordinance - the presbytery. There are not many who choose to serve the Lord in the deacon's ministry throughout their lives.

However, with the beginning of the revival of church life, the number of clerics has increased significantly compared to the Soviet period. Sewing vestments also became necessary for attendants. Now this is done by both monastery workshops and secular masters. If you want to buy deacon vestments, we advise you to pay attention to such criteria as the quality of the materials used, their manufacturer, as well as the experience of the master or enterprise in sewing this kind of products.

To our customers, we guarantee honesty, integrity, high quality of work and high-quality materials. We always check the done products for defects and dimensional accuracy. For many years of work, we have developed our own style of cutting and sewing. Our products are sewn according to church canons and made to fully satisfy our customers.