What a priest vestment means 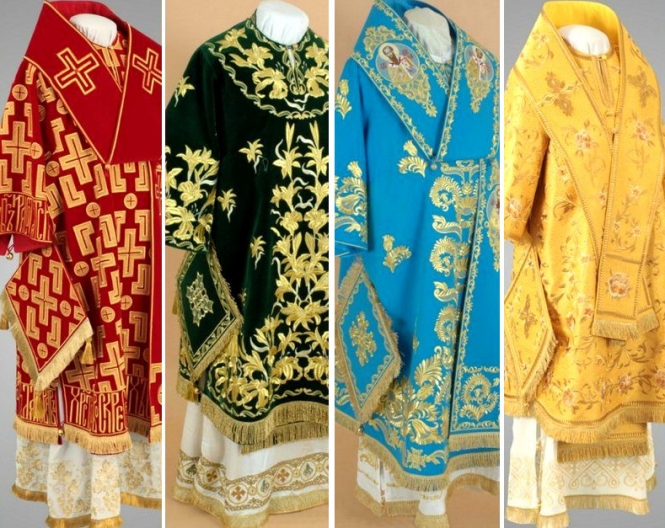 Among the multitude of vestments ordered to be worn by the Orthodox Church, one should use those which are put on only during liturgies and according to special episodes, and use those which are worn continually - in part of the number and palace or in the room, when the word goes about the monk. The priest's everyday clothes include a cassock and a cassock. The cassock is an undergarment made of cloth, wool, satin, linen or silk, and it is a long robe with tight sleeves in front of the heels. The monks wear black cassock, while the priests can also wear dark blue, brown, gray, or snow-white cassock. A sash is put on top of the cassock.

On top they put on a cassock - this is the outer garment. The term comes out of the Greek "rasson", then used as "worn-out clothes". Riassa also long, sleeves lower than the palms, extensive. In winter they drag insulated cassocks, similar to those for coats.

The liturgical vestments include additional vestments. They are called gowns. They cannot be worn at home, after the apogee of the church. They are retained in the temple after the worship service. The tradition of conventionally wearing a gown has its roots in the days of the Old Testament priests, a gown dragged by the apostles.

The liturgical vestments of the priest include a girdle, epitrachyl, girdle, phelonion, and vestment. The cassock is worn by the priest during the Divine Liturgy in place of the cassock, which is usually white.

The cuffs are worn on the cuffs, which are a kind of "bracelets" or cuffs of cloth. with the image of the cross. They are fixed with lacing on the wrists. The armbands have a twofold symbolism - on the one hand, they symbolize the power and grace sent to the clergy to serve the sacraments, and on the other, the bonds with which Christ's hands were bound before his execution.

The epitrachial (stoles) is a kind of "apron," a long double ribbon worn around the priest's neck over his cuirass. It symbolizes the spiritual gifts the priest receives at ordination as well as the burden of priestly ministry.

The girdle is worn over the girdle and robe, symbolizing "girding up for service," etc., as the Savior did when he washed the feet of his disciples by girding himself with a towel.

Some priests also wear a loincloth - a rectangle of thick cloth with an embroidered cross and worn on a ribbon around the hip, thrown over the shoulder. The cinch is usually given as a reward and symbolizes a "spiritual sword."

The phelon is a priestly cloak with a high stiff raised collar at the back. a symbol of the "spiritual weapon" spoken of by the Apostle Paul - "clothed in the armor of righteousness." Researchers believe that the prototype of the phelonion was a kind of traveling cloak, which the apostles and Christ may have worn. The phelonion is worn by the priest over other vestments. It is rather long in the back, but reaches to the waist in the front. The phelonions come in different colors - depending on the feast