Daily vestments of a priest, a cassock and a wimp 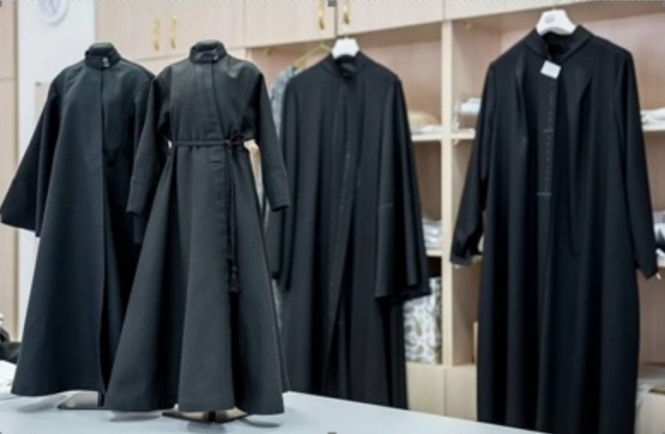 Clothes of the clergy are a clear evidence of their ministry and rank. They are not similar to the clothes of an ordinary man, and thus distinguish the clergyman from the lay people - even the most unchurched people can easily distinguish the clothes of the father from the usual everyday clothes of a modern man. It has its own meaning and history, emphasizes that the Church is outside the temporal, momentary, out of the flow of time and fashion requirements, and for the clergy is a constant reminder of what the highest service is entrusted to them by God.

The quality and convenience of church vestments largely determines the health and comfort of ministers. Despite the traditionality of church vestments, it is impossible to be completely isolated from the new realities of sewing production. What are the requirements for the appearance of a priest in our day church discipline? How are they implemented with the help of modern technologies?

Some vestments must be worn by all clergy and monks all the time - not only in the temple, but also in public places, and even at home: a cassock (the old name for a caftan) with a belt,
and a cassock and a skufia on top.

In addition to the above, bishops are supposed to always wear a panagia, and priests - a pectoral cross. At divine services and official events, priests and deacons awarded with kamilavkas must be present in them - wear instead of skoufi, and monastics - in all their monastic vestments. In some monasteries, monks even carry out heavy household obediences in working cassocks, and go to bed to sleep, putting on already clean light cassocks, so that even in a dream, in a vestment that constrains body movements, they constantly feel themselves before God. It is also undesirable for a monk to take off his paraman.

The general symbolic meaning of the wearer and cassock is an inner renunciation of worldly care and vanity, peace and quiet of heart, a sign of spiritual peace. The shaker and cassock are the image of that outer garment, which was worn by the Lord Jesus Christ during the earthly life. Thus, when wearing them, the clergy and monks imitate Jesus Christ according to the commandment that he gave to his disciples.

The wearer is the underwear of the clergy. Its color indicates to which clergy - black (monastic) or white (parish priesthood) belongs the one who wears it. The requirements for monastic priests are more stringent - they can only have a black color. The white priesthood is given an exemption in this respect, and in addition to black they can choose dark blue, brown, gray and white color of the garment. In the modern sewing production for weavers also used melange fabrics - a combination of fibers of different shades (for example, white and blue threads), which in different lightings gives off a particular tone.

The cloth, wool, sateen, flax, scales, as well as silk are usually used as the material for the production of shakes. Modern technology can offer priests for sewing weavers so-called "wet" silk - products made of this fabric are very soft and pleasant to the touch, resistant to fading silk texture. Nowadays summer shakers are most often made of cotton with flax at the ratio of 80 to 20, 50 to 50 or of pure linen. Wool and synthetics are used in winter.

The weavers can be decorated with embroidery on the collar or on the sides. In this case, for the ornament threads are taken to the tone of the weaver, which gives him a restrained beauty, or contrasting in color, which makes the weaver brighter and more elegant.

Ryassa (buckwheat "then dew" - torn, wiped, devoid of pile clothes) - the outer clothing of monks and clergy of all degrees with long, below the palms, wide sleeves, mostly black (for monks). For white clergy, in addition to black is possible dark blue, gray, brown, cream and white colors. As a rule, the cassock zips on the gate and belt. 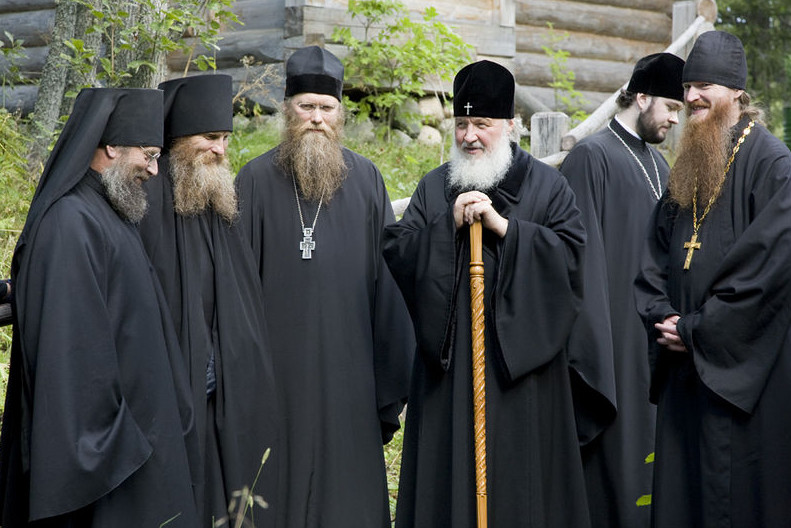 Materials for cassocks are the same as for wagtails, moreover, both can be on the lining.

All divine services, except for the Liturgy, should be performed by a priest in a wagon and a cassock. In addition, at different moments of different services, other divine garments (rizas) are worn over them, the use of each of which is determined by the Statute. At the Liturgy and in other cases, when the priest must be in full liturgical vestment, the cassock is taken off and the so-called wriggler and other rizas are worn over the wriggler.

Features of the cut. Nowadays in Russia priests wear two basic styles of cassock and weaver: Russian and Greek. This is allowed by the church charter, but at some official events the clergy is obliged to be in a Russian cassock cut Church discipline requires that the vestments were long enough and found on the edge of the shoes. The shoes must be black, without patterns and closed.

Russian weaver and cassock come from the caftan, which was worn by our ancestors. By the way, until the XVII century the clergy wore exactly such caftans, not cassocks, the formation of the Russian cassock took place under the influence of the penetration of Greek clothes for the clergy in our country. The caftans, in which fathers went, could be sewn from cloth of different colors: crimson, purple, green. They had narrow sleeves - in contrast to the later emerged Russian robe. By the way, it is known that the love of the Russian spiritual class to the garments of bright colors was preserved until the revolution, for example, well worn crimson clothes.

Sleeves of the shaker are narrow, cassock - narrow at shoulders and strongly expanding book. Russian cut approaches to the severe climate of cold countries: it allows to save heat.

Greek cassocks and armor came to Russia back in XVII century, when Big Moscow Cathedral in 1666-1667 allowed clergy to wear them. Both the cassock and the wearer have stand-up collar. They are much wider than Russians, not tame. The bouncer has "kuliska" on his back, which allows to regulate the width, and on his chest there are pockets.

Ryas fastens only on the gate and chest. In fact, such a cassock is a transformation of the eastern robe. The sleeves of the Greek cassock are wide along the length. This meets the requirements of the hot southern climate, where this type of clothing was formed - especially good in this respect, Greek cassocks made of natural silk. Russian fathers are happy to wear such clothes in summer, many priests prefer them at any time of the year, appreciating the freedom of movement. Such robes are also convenient for those fathers, whose weight is constantly fluctuating.

In Greece, priests wear robes and black weavers, and the Russian tradition of colored clothing of the clergy is somewhat surprising to them. The cassocks with lapels made of satin silk on sleeves are common. But these lapels can also be colored, such as purple.

Bulgarian wagtail. Bulgarian shaker, called Bulgarian, is a kind of hybrid of Russian and Greek cut. It has "Greek" stand-up collar and floors "overlapping", as the Russian wimp.

The choice of clothes is a matter of taste and personal convenience of priests. The variety of modern fabrics, as well as various advantages of this or that style allow you to choose the most comfortable option for everyone.

Here is the opinion of one of our Russian fathers: "I like Russian cassock, it has something native in it. And Greek is a good way out in the summer heat. Some seamstresses make a mistake, not taking into account the difference between male and female figures, and the waist of the Russian cassock, sewn by them, turns out to be in the armpit area. Of course, this is wrong: a cassock is not a woman's dress, and her waist should be in its place. Often, they sell cassocks and weavers with not cut down bottom - it means that everyone will sew them to their own height. But if necessary, it is possible to shorten the sewn attire. Still, it is more pleasant to buy clothes, which can be put on immediately.

Products are sewn to order within a week. Your size and growth are required for the order. The bottom at your request can be sewn and whether left unchopped.